“A budget narrative provides explanations about line items from the standard budget. In federal grant applications, a budget narrative is sometimes called a budget justification or a budget detail.”
How to Build Credibility with Your Budget Narrative, grants.gov, July 9, 2019

Cerebral organoids are becoming more brainlike, The Economist, August 29, 2019
I had to give a speech on this subject 2014. The first thing the 2014 organoid tried to grow was an eye. I thought that was interesting.

“The paper is titled ‘Persistence of neuronal representations through time and damage in the hippocampus.’ In addition to Gonzalez and Lois, co-authors are undergraduate Hanwen Zhang and former lab technician Anna Harutyunyan. Funding was provided by the American Heart Association, the Della Martin Foundation, the Burroughs Wellcome Fund, and a BRAIN Initiative grant from the National Institute of Neurological Disorders and Stroke.
How Memories Form and Fade, CalTech, August 23, 2019
Not to be confused with this ‘Persistence of Memory’ 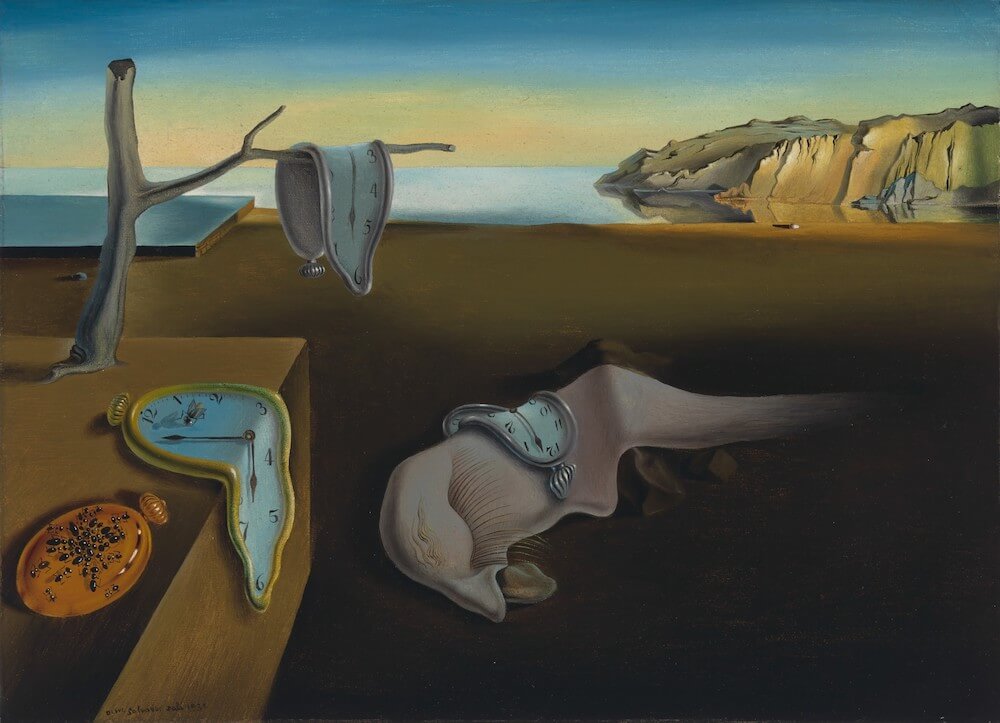 Sweet And Cheesy Knafeh Is An Ancient Dessert Going Big In Modern LA, LAist.com, September 25, 2019
I want to eat this, but I must be strong.

Three Years And Zero Homeless Housing Units Later, LA’s Auditor Looks At Prop HHH Money, LAist.com, October 8, 2019
Why is it that empty city, county, or state buildings can’t be used to temporarily house the homeless? Like the top floors of old County Hospital and all of old Women and Childrens Hospital, that was not so long ago full of women and children. It’s got to be better than being on the street. Also, I can’t be the first person in all of LA County to think of this. At least I hope not.

“Hello Daddy.”
Revisiting Tom of Finland’s sexually explicit oeuvre, The Economist, Oct 24, 2019
I’m glad I lived long enough to see the words ‘hello daddy’ in the Economist. I can go now. Really I can.

“Part of the problem is that American policy has exacerbated the effect of economic pressures. In their new book, ‘The Triumph of Injustice’, Emmanuel Saez and Gabriel Zucman pin the blame for rising inequality squarely on the American tax system. The authors—both economists at the University of California, Berkeley—argue that taxation in America has become less progressive over the past four decades. In the 1970s the rich paid twice as much in tax, as a share of their income, as the working poor (taking into account all taxes, including those at the state and local level). After President Donald Trump’s tax reform in 2018, by contrast, the very rich paid a smaller share than many Americans in the bottom half of the income distribution. The 400 richest Americans paid an average tax rate of about 23% of income in 2018, according to the authors’ estimates. Low-income Americans paid roughly 25%, the authors say, although this excludes transfer payments made to the very poorest households: a misleading omission, some critics reckon. Personal taxation is only part of the story, as the authors cursorily allow. Even so, the decline in the tax burden on the very rich, at a time of extraordinary growth in their incomes, is startling.”
In the past, America was not as unequal as it has become, The Economist, Oct 24, 2019
Yes, something else we can thank the Reagan administration for. Once they got away with shifting the tax burden off the rich, it was open season on everyone else.

“On October 23rd the Pacific Gas and Electric Company (pg&e) cut power to over 180,000 homes and businesses in northern California. That came just two weeks after a blackout that left 2m people, including Ms Hoskote, without power. The firm, which in January declared bankruptcy because of $30bn in liabilities from last year’s wildfires, said it had to cut power to prevent new fires from breaking out. pg&e has a monopoly over its coverage area, and Californians are livid. But there may not be much they can do.”
~snip~
“Some cities in the Golden State have tried to break up monopolies by taking over power distribution themselves, says Charles Kolstad of Stanford University. Sacramento, Palo Alto and Los Angeles all have municipal utilities. In September San Francisco offered to buy pg&e’s infrastructure for $2.5bn. San Jose’s mayor has also said he is exploring a similar proposal.
“But pg&e rejected both bids, despite its shaky finances. Because it is costly to provide electricity to remote areas, “the cities subsidise the costs of providing electricity to rural areas”, says Severin Borenstein of the University of California, Berkeley. The more cities pg&e loses, the less easy it is to cross-subsidise other places. The firm has tried to frustrate municipal power plans for most of a century, ever since Sacramento created its utility in 1923. It put up $46m for a statewide ballot initiative in 2010, which failed, to limit the ability of local governments to manage their own energy.”
Why California can’t quit PG&E, The Economist, Oct 24, 2019
If PG&E is in bankruptcy, then wouldn’t the court demand they sell off their assets? Or cities? Am I misunderstanding this?
“It (PG&E) put up $46m for a statewide ballot initiative in 2010, which failed, to limit the ability of local governments to manage their own energy.”
And yet, they cannot afford to maintain their equipment to prevent fires. I am puzzled by this.
Yes, indeed, I dearly love the LA DWP. They just said no to deregulation and told Enron to buzz off. If only LA City didn’t take all their surplus, my beloved DWP could do more infrastructure improvements. I could be living in even more of a DWP paradise if only LA City would stop taking all their money. Yes, people of Los Angeles, even your utility bill money is going to LA City. Oh well.

Most Popular Websites 1996 – 2019
They seemed to have missed that Google acquired YouTube on November 13, 2006, so it’s even worse that it looks. Also, they let Amazon fall off this list when Amazon seems to be the magma of the internet now. Still an impressive effort, Data Freaks, bravo.

“As technology becomes more and more integral to everything we do, it can sometimes distract us from the things that matter most to us. We are committed to helping everyone with the tools they need to develop their own sense of digital wellbeing. So that life, not the technology in it, stays front and center. We hope this platform will inspire developers and designers to create experiments and put Digital Wellbeing at the center of what they build in the future.”
Digital Wellbeing Experiments
Google is worried about us. This worries me.

“All I ask is the chance to prove that money can’t make me happy.”
Spike Milligan

Links this blog crossposts to